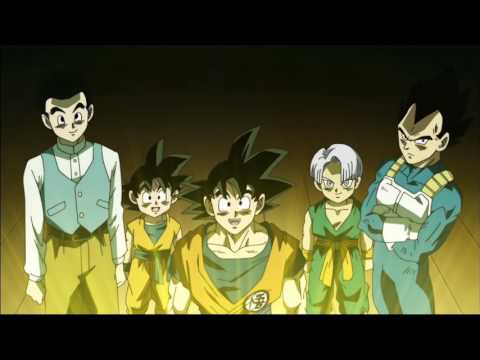 Dragon Ball Super sees the return of Shenron tonight as Goku and gang call up their last wildcard to prevent Lord Beerus from destroying Earth.

It was an epic game of rock-paper-scissors on last week’s Dragon Ball Super with the Earth’s fate hanging in the balance. Lord Beerus decided to play a cowering Oolong out of all choices for the ultimate game of random chance. After two rounds ended in a tie with both sides throwing scissors Beerus was growing ever impatient. Piccolo felt the ties were only worsening Beerus’ mood and would end up in Earth’s destruction anyway. Then it happened Oolong threw another pair of scissors only to lose to Beerus’ rock breaking the tie to the surreal shock for everybody on board the cruise-liner.

Vegeta had given everything he had in Super Saiyan form to start the episode causing Beerus to use close to 10% of his power but falling all the same. Krillin asked Piccolo if they all tried to fight back together if they could overpower Beerus only to be shot down, told “It would be no use”. As everyone prepared for imminent destruction at the hands of Beerus, none other than Goku showed up.

He asked Beerus calmly if he could give them a bit more time to discover this Super Saiyan God and that he knew a way. Beerus relented, citing if he woke from his nap after so long he could wait a bit longer. The ace in the hole Goku spoke of was the Dragon Balls Goku believed to be on board. Now the Earth and the entire solar system’s destiny lies in Shenron.

Tonight’s Dragon Ball Super has dire implications for all of Earth’s inhabitants. Goku and gang will call up the dragon Shenron with the Dragon Balls to make a wish. However, it seems even Shenron trembles at the sight of Lord Beerus the destroyer. Piccolo plainly states “We’re doomed” in the preview. If Shenron cannot bring forth the Super Saiyan God in the present can he make a promise for the future?

Remember to check out last week’s Dragon Ball Super Preview and catch up on the latest!

Be sure to check out more Anime coverage in our Anime category section!